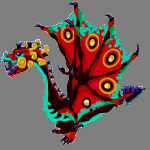 Hi! There isn't much to know. A quick read of the more relevant policies does the trick. Don't worry; there's always someone available to correct a mistake or guide you when you're in doubt.
As for the duplicate entries, I've just fixed some of them (the ones referring to the three attractions) and got rid of one (Hagrid's hut) that doesn't actually warrant an article. Feel free to help out!
Also, did you happen to take pictures or film of any article-worthy detail/merchandise/whatever? ;D
Once again, welcome! --  Seth Cooper  owl post! 00:41, June 3, 2010 (UTC)

I didn't take any pictures myself, but I participate on numerous forums with other users who have posted pictures. I can use those with their permission if that's okay. Also I think it would also make more sense if the Ollivander's Interactive Experience and Ollivander's Wand Shop (The Wizarding World of Harry Potter) were merged as they are the same as well. And there is no article for the owl post shop which is were people exit into after experience the ollivander show

Since Tuesday Universal has been letting the general public in to the world for a couple hours in the morning. Myself and other members of a forum have been going, taking pictures and sharing them. -- BFG86 17:04, June 5, 2010 (UTC)

Retrieved from "https://harrypotter.fandom.com/wiki/User_talk:BFG86?oldid=350154"
*Disclosure: Some of the links above are affiliate links, meaning, at no additional cost to you, Fandom will earn a commission if you click through and make a purchase. Community content is available under CC-BY-SA unless otherwise noted.