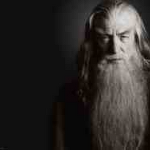 Babayaga is a Hag. This Wiki has a Hag individual infobox, which is used in this cases. So the Creature infobox does not fit - and wherefrom came the other infos? When they don't fit in the Hag infobox, it is better to give them in a "Behind the scenes" section. And please, don't forget to sign your posts with 4 (~).  Harry granger   Talk   contribs

Sorry, I should have explained. Here's the explanation:
Blood: It is pure speculation to say he is either pure-blood or half-blood. He could also be Muggle-born. As we know from Rowling, Voldemort was once interested in Lily Evans, who is Muggle-born. When it is unknown it should nothing be filled in.
Wand: There is the article given in. What you put in the infobox can also be read in this article, so it is not necessary to repeat it.
Patronus: When there is none, it must not be filled in. It is nowhere filled in. Hope that helps.
Harry granger   Talk   contribs 20:37, January 5, 2012 (UTC)

Oh, I see it, something like the "current event" templates from Wikipedia? That'd be a good idea, although wouldn't the number of articles in which it would be used be very small? I can only think of JKR's site and nothing more, at this point. After JKR's site is updated, on what other articles should it be used? If none, instead of creating the template we should address the matter at the Community Portal: if the template has no use in the long run it should not be created. (Anyways, this conversation has reminded me of other template we could create; a template for canon information whose sources are no longer accessible, like the "Lucinda Thomsonicle-Pocus" or "Laugh-inducing Potion" articles: the old film/video game websites have since been updated to the Deathly Hallows ones.) --  Seth Cooper  owl post! 14:57, March 18, 2012 (UTC)

That's sort of all it happens in the wiki (well, in every active wiki): all pages are, in theory, susceptible of change as we get new, updated information (i.e. I would never think that JKR would give a surname and a small backstory to the wizard we've seen for a splitting second in Goblet of Fire, but there it is). If we started using that hypothetical template, we'd have to put it on every single article, and that would be unnecessary and counter-productive. I'm still inclined to just leave a note on the Community Portal, though. --  Seth Cooper  owl post! 21:49, March 20, 2012 (UTC)

It's not silly at all! I personally think it's a good idea; we have infoboxes for books and for periodicals, why not creating one for letters (coupled with the fact that we have loads of articles on letters)? Do you want to have a go at it, or should I? --  Seth Cooper  owl post! 18:03, April 2, 2012 (UTC)

Retrieved from "https://harrypotter.fandom.com/wiki/User_talk:Colin_Fletcher?oldid=696288"
*Disclosure: Some of the links above are affiliate links, meaning, at no additional cost to you, Fandom will earn a commission if you click through and make a purchase. Community content is available under CC-BY-SA unless otherwise noted.