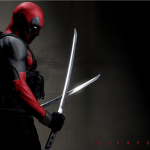 i didn't delete Lily Potter. i moved the page to Lily Evans (getting rid of the Redirect from Lily Evans) and put Lily Potter (Harry's Child there instead. It is used in family trees where they the married womed with their original name (cos Lily Potter married James Potter makes it sound like something only legal in UK and southern US States and involves the Banjo song from Deliverance) F

Why did u put Lily Evans on the Lily Potter page? heres an idea similar to what you did... As Hermione is married to Ron she should be Hermione Weasley.... As Ginny is married to harry she should be Ginny Potter! They are supposed to keep their birth names on records. Wizards + Witches arn't Christians or Jews. when a woman ets married, her origonal name is kept i record, her name is not changed! it is oly a bond to show that they're together. so the article should be Lily Evans and Lily Potter is her grandchild!!!!!!!!!

Thanks for seconding Ginny Weasley over on the featured article talk page! Saw your comments on the talk page a few days ago, but I had a lot more to do to it before nominating it. Thanks again! - Cavalier One 18:44, 4 August 2007 (UTC)

Not all of the images on the Wiki, just the unused ones that already exist under different names...you'd be surprised how many of File:OOTP promo front Harry Potter.jpg I've found! Exactly the same! Its ridiculous. But when I do find unused images that can fit into articles, I put them in. :) -- DarkJedi613 (Talk) 23:01, 30 August 2007 (UTC)

Thanks for notifying me. Hehe, yeah, I know how much junk is kept in the dark, unseen corners of this here wiki. I tried doing the spring cleaning once, but there just wasn't enough time for me to zap all of the unusable, nonsense images and articles (well, I can't have my wiki and work at the same time :p). Anyway, nice job you're doing. I trust in your discretion and better judgment, and so does everyone else, otherwise you wouldn't be there zapping all those fanonsense now. Just remember to salvage all the usable images for future use; one never knows when we may need the extra pics, and once we have an able image editor (if we don't already) we could have them fixed up. Also, if you want to keep any other pictures (e.g. of champagne, mops, and other varied miscellany), I believe they can go safely under the user namespace. Who knows, that champagne may come in handy sometime. :) I'll help out with the cleaning in a bit, just got to wind up some stuff. Nice work so far, and cheers - The Chosen One (Choose me!) 11:57, 31 August 2007 (UTC)

Thanks for the support about my promotion to admin. As you can see, it is now in effect and I have cool buttons to play with! I look forward to working with you in the future. - Cavalier One 22:38, 4 September 2007 (UTC)

Hi! I'd like to notify you that next Saturday, September 15, I will be moving house to Germany. As it will take some time to get my internet connected ( a few months or so), I will be unable to edit or contribute to the wiki until then. Now, since there will be only one active bureaucrat left upon my departure, I will be appointing DarkJedi613 to be temporary bureaucrat in my place. Should something happen to the other bureaucrat while I am gone, at least there will be somebody to cover for him. I would like to stress that this arrangement is only temporary - DarkJedi's status will be restored to administrator once I return, and not kept as bureaucrat. If we need any more bureaucrats by that time will be for the community to decide.

I will be implementing the arrangement in the middle of next week. If you have any questions, please feel free to contact me on my talk page or via email. Thanks, and cheers! The Chosen One (Choose me!) 14:51, 8 September 2007 (UTC)

Just to inform you that I have protected Dumbledore for being edited by unregistered users due to recent revelations of his sexuality by the author, and subsequent vandalism of the page. - Cavalier One(Wizarding Wireless Network) 07:56, 22 October 2007 (UTC)

I like the layout, very comprehensive! Stops me having to go to the links on my user page or in the special pages section! Good job. - Cavalier One(Wizarding Wireless Network) 22:31, 17 November 2007 (UTC)

Hi - I created a new template - {{Fanon}} - to place on User talk pages to warn them of adding Fanon to the wiki. I added a link to the Harry Potter Fanon wiki to encourage them to go somewhere their contributions may be appreciated. the only thing I'm not sure about is the ban ... should we ban them if they continue? I say yes, but I'd like your views on the matter. - Cavalier One(Wizarding Wireless Network) 00:25, 19 November 2007 (UTC)

I agree with a small ban first, then a larger one for persistant offenders. One week for a first offence, a month for a second, permanent for a third? - Cavalier One(Wizarding Wireless Network) 22:43, 19 November 2007 (UTC)

Since we now have the Forums linked in the Recent changes text header, I think we should consider opening the Forums. I propose two Forums - one would be a "business" orientated one for policy questions, queries on articles, discussions, etc. We could name this one the Wizengamot. I also propose another Forum, for social interaction, named after one of the inns from the HP universe - The Leaky Cauldron, The Three Broomsticks, of The Hog's Head. What are your thoughts on this? - Cavalier One(Wizarding Wireless Network) 22:48, 19 November 2007 (UTC)

Looks good - meant to do it myself but got caught up in something and forgot. Thanks! - Cavalier One(Wizarding Wireless Network) 00:15, 22 November 2007 (UTC)

Hey could you promote the current nominations for featured articles? They've all been accepted! Thanks. -- DarkJedi613 (Talk) 04:33, 6 December 2007 (UTC)

Just a heads up - the No personal attacks and Blocking policy are now in the main namespace and active. - Cavalier One(Wizarding Wireless Network) 21:11, 15 December 2007 (UTC)

Blocked for no reason

It has come to my attention, and the attention of an administrator, who has asked to remain confidential for the time being (due to threats of disclosure of private information to their family) that the administrator Matoro has come under the influence of the internet group "Anonymous". The administrator has been logged as the same IP address of a griefer under the name "Super Saiyan Canavi", a person posing as me.

We suspect upwards of seven people of Anonymous have become involved, as there were IPs tracked from several locations, two in the UK, several on the East coast of the US, a couple in the Middle East. This administrator involved banned this person on accords of griefing, but not a week later, Matoro unbanned this person, who revealed they were several people.

The griefing consisted of defacing my user page, confusing staff of the wiki, and creating general chaos. We were hoping that you might be able to do something about this very delicate situation, as a lot is at stake here, especially with concerns that the administrator's family will be told information that Matoro has somehow dug up.

Whether you choose to act or not is your own accord, but a corrupted administrator is a serious crime.

If you need proof, check the IP records of Super Saiyan Canavi and Matoro, and you'll see they're one in the same, unless he suspects even that and changes it somehow.

We're begging you to help here. The entire wiki's at stake.

But as I said, it's your decision.

Yep, we're still going strong. I don't think we ever met, since you apparently mostly or entirely had stopped editing by the time I signed up, but I guess you must have made some good edits to become an admin. If you do decide to start editing again, that'd be great - always good to have more helpful contributors, and more eyes out. ProfessorTofty (talk) 01:36, September 3, 2012 (UTC)

yeah i started here about 5 years ago, i check here atleast once a week but sadly, the work for mods here has dropped..its being well maintained and though Harry Potter as a book/movie series is over, hope to see it still continue to grow for atleast 5 more years :) ..Cometstyles 04:24, September 4, 2012 (UTC)

Oh, well I have no doubt of that. Even with the books and movies over, there's still plenty of new material like Pottermore and the new games that are coming out. ProfessorTofty (talk) 04:51, September 4, 2012 (UTC)

Retrieved from "https://harrypotter.fandom.com/wiki/User_talk:Cometstyles?oldid=1322599"
*Disclosure: Some of the links above are affiliate links, meaning, at no additional cost to you, Fandom will earn a commission if you click through and make a purchase. Community content is available under CC-BY-SA unless otherwise noted.