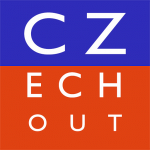 Template:Muggle individual infobox seems to be rendering improperly since the update. The upper header should be medium grey, and the sub-header light grey, but instead the sub-header is appearing as an extremly clashy brown. ★ Starstuff (Owl me!) 01:16, March 9, 2016 (UTC)

I posted this question onto the forum post you made, but I'll also post it here: does PI have the ability to add collapsible sections? If not, this should really be added as it would help with making the infobox look less lengthy on first view (such as the family relations section). --Sajuuk 08:46, March 9, 2016 (UTC)

Another issue that seems to have cropped up since the portable infobox upgrade is certain hyperlinks appearing the incorrect colour (I presume this is a result of modifications made to a .css file or something). For example, on the article Longbottom family, you can see certain links are white when they should be burgundy (these all use Template:C). Also the archive box on my user talk page. I'll post more links if I find them. ★ Starstuff (Owl me!) 01:22, March 21, 2016 (UTC)

Thanks for seeing to the issue! I suspected it might have something to do with the <small> tag, since this was the only thing in common I could find between Template:C and my user talk page archive box. But, I'm not familiar with .css coding, so I didn't want to go mucking around with the MediaWiki files. Anyway, I uncovered a couple of more templates that were also impacted by the white hyperlink issue (Template:Comment and Template:FWC), so I went ahead and changed <small> to <div class="template-c">, and now everything is good. ★ Starstuff (Owl me!) 20:40, March 31, 2016 (UTC)

So, the update has resolved the incorrect hyperlink colour, but now it's making the templates render on a new line. The comment template should appear on the same line as whatever text precedes it. This is affecting Template:C, Template:Comment, and Template:FWC, so I think the issue is at the MediaWiki level. ★ Starstuff (Owl me!) 00:03, April 1, 2016 (UTC)

I changed the div's to span, since div normally causes a line break after it's use, whereas span doesn't (plus, the effect will be the same since the CSS just targets the class, rather than the element). --Sajuuk 10:26, April 1, 2016 (UTC)

I'm trying to create a new template to smooth out another <small>-related wrinkle I've found. If you look at the article Cornelius Fudge, immediately after the character's name in the introductory sentence, is the text O.M. (First Class), which is used to denote that the character has received an Order of Merlin. Because it depends on <small>, this text is currently white, when it should be burgundy. Now, I could just go through and manually switch the <small> tags in all articles on characters who received Orders of Merlin to the new <span class="template-c">, but I figured I'd try to create a template to make things neater.

I've been tinkering around with Template:OM, but I'm out of my league. Basically, I want people to be able to input a class, so it would render like O.M. (First Class) if they used {{OM|First}}, O.M. (Second Class) if they used {{OM|Second}}, etc. But I'd like it to remain blank -- O.M. or O.M. (unknown class) -- if they don't input a class (with some characters, we know they received an Order of Merlin, but we don't know which class). Pulling this off probably requires working with parser functions, so I'm hoping you might have the expertise to make it work. Thanks! ★ Starstuff (Owl me!) 03:09, April 8, 2016 (UTC)

Hello I was wondering if you could help me, I believe this is the section I should post this question. I am having a bit of an "issue" with an inbox. However it is an info box I am using on the Harry Potter OC Wikia, not this one. I am asking here because that wikia...is somewhat abandoned. I hope you don't mind! If you do I apologise. I want to be able to adjust the with of the infobox, as it keeps getting bigger depending on the longest sentence included and I can't seem to solve this. If you can and are willing to help could you please check it out? http://harry-potter-oc.wikia.com/wiki/Athene_Crowley

Retrieved from "https://harrypotter.fandom.com/wiki/User_talk:CzechOut?oldid=1159578"
*Disclosure: Some of the links above are affiliate links, meaning, at no additional cost to you, Fandom will earn a commission if you click through and make a purchase. Community content is available under CC-BY-SA unless otherwise noted.