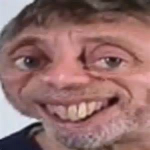 Please stop adding redundant categories to articles, case in point being Voldemort's Horcruxes. There is a category suitably called "Tom Riddle's Horcruxes", which is a sub-category of "Horcruxes", so therefore do not add its parent category. --RedWizard98 (talk) 04:30, March 27, 2020 (UTC)

Can you please paste following text to this link: w:c:villains:Scud (Dog)? And please write in edit summary that permission of wiki admin is granted.

Scud is Sid's manic bull terrier and henchmen, who serves as the secondary antagonist of Toy Story.

Scud is a mean and aggressive manic bull terrier and likes to help his owner Sid Phillips torturing toys for fun by chewing to wreck the parts of a toy that he found. He is unlike other dogs can chew the toy and break the part because he was on Sid's side and likes chew toys better than normal toys. Scud was also tough and vicious who obstacles Woody and Buzz as they try to escape Sid's house and reunite with Andy Davis.

Scud was very aggressive and he likes to help Sid torture toys for fun. He was first seen with Sid, who blew up a Combat Carl. Later, when Sid returned home from Pizza Planet with Woody, Buzz, and an Alien in his backpack, Scud lunged into Sid's backpack for toys to chew, and Sid tossed him the alien.

When Woody tried to escape from Sid's house, he encountered Scud, who was asleep halfway down the stairs, forcing Woody to retreat. Unfortunately, his pull-string hoop was caught in one of the curls of the railing as he crept down the upper-level hallway. The hoop then snapped off from the railing, triggering Woody's sampled voice, and Scud woke up and charged toward Woody and Buzz. Buzz told Woody to split up and Woody hid in the closet while Buzz hid in another room. Scud snuck into the room where Buzz is but was forced to back away when he caught sight of Sid's father sleeping on a La-Z-Boy and leaves before Buzz sees the TV commercial for Buzz Lightyear toys and learns that he is a toy for the first time.

Later, when Sid took Buzz out of his room, Woody attempted to give chase. He was able to catch the door before it closed, but as he opened the door again, he was confronted by Scud standing on the far side of the hallway. Catching sight of Woody, the vicious dog charged toward him, prompting Woody to dart back into Sid's room and hold the door shut to prevent Scud's entry. While Scud stationed himself outside the door, ready to attack any toys that emerged out of Sid's room, the mutant toys helped Woody realize the plan to save Buzz from Sid's clutches. The toys tricked Scud into running clear out of the house by sending out the Frog to distract the dog. While chasing after the Frog, Scud knocked down Sid's sister Hannah who had just answered the door (only to find nobody out on the front porch) as he jumped onto the empty front porch. He was then subsequently locked out by Hannah, who was annoyed at his stupidity.

When Woody and Buzz, after leaving Sid's house, ran after the moving truck to catch up with Andy and his toys, Scud eyed them and was brave enough to chase them by bring them back to his house for Sid's torture toy, since he didn't know that Sid becomes fear of toys. While Buzz had already made it onto the van, Woody was still trying to climb up a hanging strap; it was during this when Scud caught up with him and attempted to pull him down. Buzz fought Scud off, allowing Woody to climb aboard the moving van, but leaving Buzz behind. Woody dug the RC Car out of storage and used him to try to drive Buzz back before the other toys still believe that Woody is up to no good as they try to attack Woody. Scud refused to give up and chased Buzz into an intersection with oncoming traffic. At the same time, Woody tried to prove his innocence to the other toys, who ambushed him while controlling RC, forcing him to do spins and spontaneously jump. Unfortunately for Scud, as he entered the intersection not noticing the traffic light in his direction is already red, he triggered an accident in which all the cars crashed into each other, forming a circle that trapped Scud. Buzz was able to escape on RC while Scud was left behind, desperately trying to find a way out to get Woody and Buzz and Buzz realizes that he's saved at last.

It is unknown what happened to Scud after the movie, though it was possible he was eventually found by his owners when they learned of the accident.

Retrieved from "https://harrypotter.fandom.com/wiki/User_talk:Deisel?oldid=1292342"
*Disclosure: Some of the links above are affiliate links, meaning, at no additional cost to you, Fandom will earn a commission if you click through and make a purchase. Community content is available under CC-BY-SA unless otherwise noted.