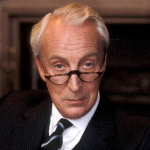 No need for formal letters (and by the way, I'm not the creator of the Harry Potter Wiki; I'm just an administrator)! As for taking things from here, go nuts, but I wouldn't recommend it, for the sake of both wikis. What good would it be to have two different wikis with the same contents? --  Seth Cooper  owl post! 12:55, March 20, 2011 (UTC)

I take it you are talking about the film adaptation's version of the family tree... Yes, it is rather difficult to read (although very visually appealing, in my opinion). The familial relationships are represented by the literal tree branches along the family tree, and marriage relationships are represented by two name scrolls with a small "m." in the middle (although only Blacks by birth have pictures). --  Seth Cooper  owl post! 22:01, March 22, 2011 (UTC)

What will I do? Do as in what? Do on wiki? life?--BachLynn

Not uploading an image you use in a signature is not grounds for a block; however, ensure that all images uploaded comply with the image policy, and that the {{Information}} template is applied to them. Also, duplicate images will be deleted; if the image already exists on the wiki, then there is no need for it to be uploaded again. - Cavalier One

Excuse you. But, you have NO right to delete my articles on the other page. I was simply helping. All those articles I had, with "Wands" and "Death Eaters" you blocked it because of "gibberish links." I am so sorry, none of y'all have any other articles on simple wizards.

un un un, I'm sophiasucks and you brag. plus, i dont care about my username and you only brag on your profile

Hi! I noticed you moved North Tower courtyard to North courtyard and removed the conjeture tag. Is there any reference for that name? If not, the conjeture tag should stay and I would suggest moving it back to the previous name, as the Northern Courtyard could confuse the visitors. Thank you,

I am not, I am just stating a fact (sorry if it sounded bad). Canon, by definition, cannot be decided by fans and we are nothing more than fans. We have to base all of our claims (such as what Tower is the North Tower) in valid canon information from the books, films and games. --  Seth Cooper  owl post! 22:13, February 8, 2012 (UTC)

Well, what a person would call boring other people would call interesting. The articles should be subdivided in multiple sections, sub-sections and sub-sub-sections, to make research easier and to-the-pont, and to make reading easier (paragraphs and sections provide "oxigen" when reading, as one of my teachers used to say). Descriptiveness could (nay, should) be accompanied by appropriate images and other media (videos, graphs, tables, etc.) to keep things lighter and fun. If you want to, you could check this wiki's style guide, and base your wiki's articles on it. --  Seth Cooper  owl post! 23:18, February 17, 2012 (UTC)

Hi! Just an FYI - I've noticed that at least a couple of the articles you've created recently were created without categories. When creating an article, please remember to add it to at least one appropriate category. It helps people to find articles and is required for our style guidelines. Also, if it's a subject that has been mentioned in other articles, and you have an idea of what those might be, it would be a good idea to go ahead and put links to the new article in those pages. That's another thing that will help people to find it. ProfessorTofty 21:48, February 18, 2012 (UTC)

I don´t think that there are any official rules on it. But, as Pottermore tends to not show character's faces, they´re generally not used in infoboxes. The only exceptions I know of are characters who don´t appear in the films, like Lisa Turpin. You can add a character image from Pottermore in the other article sections, though.--Rodolphus (talk) 17:34, January 20, 2014 (UTC)

I'd say no. The picture is way too dark, especially around his face (lightening the picture wouldn't do it any good, since it would disturb the colour balance and make it more visually unappealing), and its main focus is not Quirrell's face, which a profile picture should be.

All in all, Quirrell's characterisation in the films does not differ enough from what's shown on Pottermore to warrant going through that work, just to end up with something that wouldn't look as good as the current picture. --  Seth Cooper  owl post! 21:41, January 23, 2014 (UTC)

Why didn't you try Sound Producing sweets instead then? One of those sounds was a train whistle, not all of them were animal sounds. Check the book, it could be in there somewhere. I just assumed when they made the page, it was said somewhere in the books or something. IlvermornyWizard (talk) 21:53, July 2, 2018 (UTC) IlvermornWizard

Hello! Knight refers to a type of enemy that can be found in the GBC version of the Chamber of Secrets video game (one of the many types of suit of armour enemies you come across in the game, alongside Footman, Squire, Crusader, Swordsman, Cavalier, and Paladin).

As for the name of the James Potter I article, I'd suggest bringing it up on the article's talk page. Which name to use is a matter of some contention (this and Lily J. Potter/Lily L. Potter) and has been previously discussed, so it should be discussed by the community beforehand. --  Seth Cooper  owl post! 18:26, July 4, 2018 (UTC)

Retrieved from "https://harrypotter.fandom.com/wiki/User_talk:Donut4?oldid=1143653"
Community content is available under CC-BY-SA unless otherwise noted.