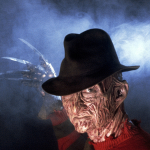 how to get my question for J.K Rowling answered

Sorry, I would also add that the "Fact Files" were part of the original Pottermore and were written by JKR, although they now live in the "Explore the Story" sections. (e.g. Severus Snape fact file at bottom of page.) Cheers --Ironyak1 (talk) 19:44, November 9, 2017 (UTC)

Not really - these header lines are not part of the fact file at the bottom and there is no indication that JKR wrote them. Unless there is some evidence that it came from the old Pottermore as part of Voldemort's entry there, I don't think we can call this tier-one canon. Cheers --Ironyak1 (talk) 21:42, November 9, 2017 (UTC)

Heres the quotes I can find: one from COS and one from GOF:

Harry Potter and the Chamber of Secrets, Chapter 1 (The Worst Birthday) - "At the age of one year old, Harry had somehow survived a curse from the greatest Dark sorcerer of all time, Lord Voldemort, whose name most witches and wizards still feared to speak."

Harry Potter and the Goblet of Fire, Chapter 2 (The Scar) - "Harry had been a year old the night that Voldemort — the most powerful Dark wizard for a century, a wizard who had been gaining power steadily for eleven years — arrived at his house and killed his father and mother."

As these are spoken by the narrator they are as close to omniscient fact as anything in HP. It seems pretty clear that Voldemort was stated to be the "greatest" and "most powerful for a century" Dark Wizard, which would rival Grindelwald. Feel free to add them to the article as references. Cheers --Ironyak1 (talk) 22:53, November 9, 2017 (UTC)

Hello. The fact that Voldemort was immortal didn't give him any advantage in duels, for the reasons you cited. His body could still be (and was) destroyed, even though he would remain anchored to the world of the living.

This is hard canonical fact, and it happens arguably twice in the series (if you count Quirrell's possession and subsequent death). That said, there doesn't seem to be any reasonable doubt about this, so a Behind the Scenes note seems to verge on overkill (if you'll pardon the pun). --  Seth Cooper  owl post! 19:56, November 20, 2017 (UTC)

When we refer to "Dumbledore's prime", it is because Dumbledore have admitted in the books that he is getting on a bit, and that his reactions are slower than they once were, if still quicker than most. My fosterfather, for example, was born in 1951, and turns 67 this year. When he walks, I can see that his overall movements are a bit stiffer than they were back when I moved into their house almost eleven years ago. However, he is in great shape for a man closing in on seventy. He runs in the woods with his dog, which is roughly the size and weight of a labrador, every single day, give the man a tool kit, and he can build just about anything, and last winter, I saw him slalom skiing. (That is, not professionally, but he zigg-zagged gracefully down a long hill without ever falling once). I heard my foster mother brag about how strong he was. He had climbed on top of a ladder to fetch something on this five meter tall tree (old Christmas decoration I think), and slipped. He almost fell, but according to her, managed to hold onto the step he had been holding, hoisting himself up by his fingertips onto a position that allowed him to regain his footing.

Now, as impressive as I find such physical prowess to be considering his age, it stands to reason that all of this would have been easier for him to accomplish if he was younger. This is what we mean by Dumbledore being in his prime. Even if Dumbledore in the books would be likely to know more magic when he dueled Voldemort than when he dueled Grindelwald, everything he did in the duel with Voldemort, if he had been younger but known the same things, he would've been able to pull of more easily and to an even better effect. Do you remember the sixth book? When Dumbledore, aged 115, swimmed like a fish with his wand in his teeth? As impressive as that is, do you really think Dumbledore wouldn't have an even easier time pulling that off when he was in his forties? (Like he is in 1926).

Wizards, being slightly physiologically different from Muggles, age differently than they do, hence their longer lifespanes. and Dumbledore would be rhoughly in the prime of his life. A younger Dumbledore means he is more flexible, more coordinated, have higher stamina and all those things you lose with age.

Thanks for the reminder on this - I wanted to hunt down the info in the Internet Archive so it could be verified and we could have our own screen shot. So in the article, the reference should include this link and a link to this image File:Albus Dumbledore Fact File - PM via Internet Archive.png. Feel free to add this fact! Cheers --Ironyak1 (talk) 18:06, October 19, 2019 (UTC)

Sorry for the last message, as it doesn't appear it was you who added a bogus category to Tom Riddle's article, but I was a bit confused with your frequent edits and reverts on his article page. --RedWizard98 (talk) 22:01, May 24, 2020 (UTC)

Retrieved from "https://harrypotter.fandom.com/wiki/User_talk:Freddy1428?oldid=1299210"
*Disclosure: Some of the links above are affiliate links, meaning, at no additional cost to you, Fandom will earn a commission if you click through and make a purchase. Community content is available under CC-BY-SA unless otherwise noted.