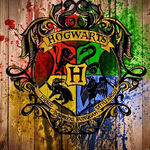 Hello! Yes, I have seen him, I havent really minded, but maybe, we should dissalow people actualy saying they are characters in the series, unless they are Role Playing, with other people?

Hello! I havent been on for over 12 hours, so I dont know much about what has happened, but I believe I have some words to say, before this wiki, advances, and develops its bad behaviours further.

You can apply to become an administrator at Harry Potter Wiki:Requests for permissions. However, you're relatively new to the Harry Potter Wiki, so I'd recommend holding off applying until you've been around a bit longer and have some more edits under your belt, as this will likely be looked upon more favourably in the vote. ★ Starstuff (Owl me!) 08:38, December 31, 2016 (UTC)

Just thought I'd add that being a Discussions Moderator is definitely a point in your favour. But Discussions is an offshoot of the main wiki, and being an administrator will involve working on and maintaining the wiki proper, so it would be best to gain some hands-on familiarity with the wiki first. :) ★ Starstuff (Owl me!) 08:41, December 31, 2016 (UTC)

Hi there. While I know you're working on your edit count, there is no need to list "unknown" or "none" in infoboxes for all the unknown info - just leave them blank. Every character / creature / object / etc has lots of unknowns, but listing them all out just makes for a long infobox without any real info. There are plenty of more constructive edits possible to make. Thanks --Ironyak1 (talk) 16:27, January 2, 2017 (UTC)

I think most of the "Unknowns" have been cleared up, but if you want to check your contributions to make sure that would be good. As for other edits needed, I known User:Hobbiton777 was asking for help in creating pages for the remaining characters in the Fantastic Beasts film. Check the redlinks here Fantastic Beasts and Where to Find Them (film) Cheers --Ironyak1 (talk) 20:47, January 2, 2017 (UTC)

Yes, could you help me add pages of all the unidentified individuals credited in the new Fantastic Beasts movie like the female customer in the bakery, please? (Hobbiton777 (talk) 21:21, January 2, 2017 (UTC))

I mean characters like the Unidentified bank employee, who appeared in the film, but did not have a name identified in the film. (Hobbiton777 (talk) 22:17, January 2, 2017 (UTC))

Retrieved from "https://harrypotter.fandom.com/wiki/User_talk:Harrypotterfreak233?oldid=1041350"
*Disclosure: Some of the links above are affiliate links, meaning, at no additional cost to you, Fandom will earn a commission if you click through and make a purchase. Community content is available under CC-BY-SA unless otherwise noted.