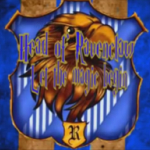 The page was redirected because a.) its an inconsequential event that should be documented on the House points hourglass page, and b.) there is no evidence that the hourglasses shatter when a prominent wizard of the house dies. Both instances of shattering in the books were caused during battles. - Cavalier One

Hiya, you're online now, so I thought I'd ask you (as long as its not too much trouble).

I'm just bringing this to your attention in case you wanted to vote for their deletion, so I can hopefully speed this process up. You'll find them on the Category:Candidates for deletion talk page incase you do want to vote for them. Many thanks for your time and consideration, Green Zubat 22:13, August 11, 2011 (UTC).

Oh, well that's convenient, I was just going to owl someone about that problem. Thanks again! You'd best be careful though; don't want to anger the Snapewives - Green Zubat 22:53, August 11, 2011 (UTC).

I think Severussnape0109 is less of a vandal and more of an idiot who skipped through the last book.

Excuse you, I am not an idiot. But you clearly seem to be since you are judging me without even knowing me. —The preceding unsigned comment was added by Severussnape0109 (talk • contribs).

Thanks for the warning. I'll be sure to give references in the future.

The Inflatable Tongue is mentioned in passing among many Zonko's products in the books, so therefore is considered part of the Harry Potter universe. Please remove that. Professor-Hagrid 01:58, August 13, 2011 (UTC)

Before two articles can be merged, there must be a community decision on which page should stay or whether to continue with the merge or not. That decision was never reached in respect to the Hagrid articles, and they shouldn't be merged until it has.--Matoro183 (Talk) 13:51, August 13, 2011 (UTC)

Generally a community decision is needed in situations where several users disagree about changes to an article. This typically happens when moving a page to a new title or changing the infobox image.--Matoro183 (Talk) 14:03, August 13, 2011 (UTC)

Hello, there. As I've said to you once before, I do not usually use the chat function. Given this, I don't really have grounds to take further administrative action, as it is, basically, your word against the user's. His messages could be a way of requesting a lift of his/her wrongful block (not that I am implying that you are lying to me; I am trying to be the most objective as I can), although spamming is grounds for a cooldown block. Try to talk to the user: if he doesn't provide any relevant, serious argument against the block, then warn him/her that his repeated messages are being potentially badgering and that continuing in doing so may lead to a temporary block. --  Seth Cooper  owl post! 16:57, February 25, 2012 (UTC)

Speedysnitch has accepted your admin nomination, so the vote can proceed. Don't forget that even though you put forth the nomination, you still need to do an actual vote for it to be counted. - Nick O'Demus 22:00, April 24, 2012 (UTC)

Retrieved from "https://harrypotter.fandom.com/wiki/User_talk:Head_of_Ravenclaw?oldid=696700"
Community content is available under CC-BY-SA unless otherwise noted.