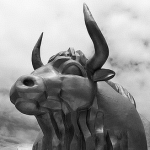 When you watch COG today, could you keep your eyes open for the excact moths? I think it's mentioned how many months have passed since the first film, but I forgot how many.--Rodolphus (talk) 08:47, November 15, 2018 (UTC)

Speeding up the Credence discussion

Okay, so I started discussion on the name of the Credence page. Let's resolve this ASAP before some poor soul edits the whole page. Lightning Laxus (talk) 07:24, November 16, 2018 (UTC)

Hey :) I would love your thoughts on the Minerva McGonagall timeline problem I have mentioned on her talk page. Trying to make sense of this! I wish Rowling would stop messing with established canon because it's going to cause a mess. Thank you. - Kates39 (talk) 19:00, November 16, 2018 (UTC)

Yes that was the problem I found. But beyond the scenes that take place with a young Leta at school when she was aged 13, and at the scenes at the school in 1927, no explanation is given beyond the script. I feel that someone will add this to her biography soon, so I'm getting worried about the fall-out.

But sorry for springing this on you when you haven't finished the book! I was thinking we should only mention her appearance in Behind the Scenes and treat it the same way of an error for now. This is too much of a kind of major crime against established canon for it to be treated as canon right now, even given our policy on Rowling's word. The Credence thing was far-fetched enough but this is basically impossible. Rowling certainly has some explaining to do, but I think she will have to change the name of the character and take McGonagall out of the story. - Kates39 (talk) 19:29, November 16, 2018 (UTC)

I think File:GRt9Wfx0 o.jpeg and File:71O-8wS1srL-1024x610.jpg needs to be renamed. It doesn't say anything about the image and is confusing/complicated. I think the first one should say Chupacabra.jpeg or something. IlvermornyWizard (talk) 19:05, November 18, 2018 (UTC) IlvermornyWizard

Sorry for what happened with the Spelldown page. I went to see the film with my mother three days ago and though I'm a bit fluently in English (I'm Peruvian, from the South American country with best Quidditch team ;), sometimes I mistook phrases I heard, and I'm sure that I likely misjudged the pronunciation of the magazine's name, because J.K. has the Word of God in this series and if she wrote such name in the screenplay, she must have the reason, not me.

Hello! I'm just letting you know that because of the release of Crimes of Grindelwald I have taken it upon myself to update the site's wordmark and background. This was mainly because the old wordmark had the block of white around the actual logo rather than the transparency that would have allowed it to blend in with the header color. I used the current font style for Crimes of Grindelwald to tie in with the film, and also used promotional material to update the background which was still using images from Fantastic Beasts. I have also updated the main page slider with more relevant articles for the new film.

Usually I look for input when making changes like this that affect the way the site looks in a significant way, but I felt that the update was needed due to the release of the new movie so I apologise if the change is sudden or jarring. In hindsight I should I have done this earlier and gotten input from the administration team so if you feel any changes need to be made, or the changes reverted, then please let me know. Hopefully though, the design rework is acceptable. Once the film is over, I will endeavour to create a new permanent wordmark that looks better in the header space. - Cavalier One

Retrieved from "https://harrypotter.fandom.com/wiki/User_talk:Ironyak1?oldid=1177537"
Community content is available under CC-BY-SA unless otherwise noted.