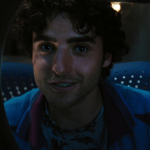 Nice to meet you

its urgent come on chat quickly no time for reasons

Gift for you on your profile

if you are online come on chat

Well my favorite main character is Hermione, because shes strong, smart and stands for what she beleives in. As for the book and film favorites, I said in the chat what I prefer. Bye and I hope we chat later!

Hello! You're quite right; sorry about that. It's not common to edit just a part of a quote, so I (erroneously, I realise now) presumed you were tampering with the quote and vandalising the article and, thus, I reverted your edit fully. I've undid it, and the article is as you changed it now. Again, sorry about that. --  Seth Cooper  owl post! 11:10, June 25, 2012 (UTC)

You mean in the quote at the top? Because that's a direct quote from the book and as such should be copied verbatim, regardless of tense. And all the wiki policies can be found here. --Cubs Fan (Talk to me) 23:04, June 26, 2012 (UTC)

It was a pleasure to talk to you Jiskran, I hope your students found my info about the twins interesting. I hope to chat to you again!

Only Administrators and Bureaucrats are able to delete pages but, alas, it seems like Speedysnitch took care of it before I got there. Thank you for the heads-up, anyway. --  Seth Cooper  owl post! 16:31, June 27, 2012 (UTC)

hey just keep posting i would also talk with you i am still possessing some internet problems Amujoshi11 (talk) 13:20, June 29, 2012 (UTC)Amu

Yes, I know they both are related, but it sets a bad precedent (if we are listing the Flying Ford Anglia incident, why not Brother Benedict's run-in with a Jarvey in the Middle Ages? Or the unusual downpour of shooting stars (magically created, quite possibly by Dedalus Diggle) in Kent the day after the downfall of Lord Voldemort, that was widely reported around Muggle newscasts that day? Or the Prime Minister's predecessor trying to toss Cornelius Fudge out the window? Or the whole incident with the Millennium Bridge and the Dark Mark over London? I'll stop now, but I could go on, and on, and on, and on -- and not just because of this; we don't want unsubstanciated claims cropping up on our articles) and is to be avoided unless the relation between the two things is highly likely and/or reasonably justifiable (i.e. who's to say that the Flying Ford Anglia incident was such a big event to merit inclusion in the book? Who's to say there even was a new edition published after 1972? And, who knows, what if Stalk showed no academic curiosity on the matter at all?) --  Seth Cooper  owl post! 20:30, June 30, 2012 (UTC)

I've placed an invisible note (a note that cannot be seen in the article, but that can only be seen while in editing mode), so that editors will not change it. I don't think the matter is as big as to require a Protection of the page, but if it persists, I will do so. --  Seth Cooper  owl post! 15:28, July 8, 2012 (UTC)

RE:In the matter of Mr. Longbottom

Well good day my dear acquaintance. :) Basically, I have two speeds. Hostile or smart-alek. Your Choice.

A question of clarity

It would not aid understanding because a leaflet and pamphlet are two different things. Leaflets are 'bigger and better designed' flyers whilst pamphlets are more informative, unbound booklets (without a hard cover or binding, it can still be stapled at the crease) that consists of at least 5 pages. -- PerryPeverell 07:43, February 6, 2013 (UTC)

Dunno if you saw this here, but due to upcoming policy changes, Wikia will soon be entirely disabling anonymous editing on this and another of other wikis. Until then, it's possible that we might see something of an uptick in IP vandalism in general, and not just on that particular page. Therefore, I don't really see the point in protecting it unless it becomes clear that it's being targeted in particular. In any case, starting 1 July at the latest, it won't be an issue anymore. ProfessorTofty (talk) 20:14, June 22, 2013 (UTC)

Banned and their edits reverted. Apparently they also vandalized several other wikis and have already been banned at those too. - Nick O'Demus 18:02, July 24, 2013 (UTC)

Yeah, either that or Special:Contact. I Broke The Pot‎ is the same person as MercilessShredder, who I blocked two days ago for personal attacks, harassment, and profanity directed towards Rainbow Shifter‎‎. - Nick O'Demus 18:34, July 24, 2013 (UTC)

No, the Appearances section is only for licensed, canon productions and a fan-made musical definitely doesn't count. I've already gone ahead and removed it. ProfessorTofty (talk) 19:48, August 29, 2013 (UTC)

There may be something wrong with your signature file; at least the "SUBST" template is not substituting it correctly to the tildes when you sign. MinorStoop 14:18, April 25, 2014 (UTC)

Looks good to me; perhaps the Wizengamot forums are the best place for this kind of explanation. I would also post a link to it on the interested parties' talk pages, though I don't know how well it would be received by some of them.

You may already be aware of it, but in addition to a specialized url with the word "Forum" in it, there's a header to be included: {{Forumheader|The Wizengamot}} - it adds the correct category to the page.

I'll see what I can do about the family relationship in infoboxes question; perhaps this afternoon, there are a few threads to follow before one can explain them properly.

Thanks for letting me know. I'd figured he would just keep on messaging me even if I ceased communicating, and didn't really want to taper off at a blank, but seeing examples on more than one wiki, with multiple contributors, helped make it easier for me to do so. Thanks again for the head-up. --Hunnie Bunn (talk) 11:53, June 19, 2014 (UTC)

Out of curiosity, I googled J-7 and wikia in the same string - the results have been depressing. He's edited, as far as I could determine, on 10 to 15 wikis, and has been blocked on 8 or 9 of them. Always the same reasons: changing "and" into "as well as" (if it weren't too depressing, I'd like to know the psychology of this behavior), adding the whole family tree in infoboxes, trolling just about everybody who disagrees with him.

I must admit that J-7 is perhaps the most obnoxious troll I've met, and with way too many brains for his own good. Of the other two I've dealt with, one contented himself to disparagingly comment anything and anybody, the other was too stupid to do more than posting idiocies. Neither was so organized as our guy. Asperger, perhaps, but with a vengeance.

That was an accident with the removing of the extra information, I did not see it until you pointed it out to me. Sorry.

I'm aware of the user's history, but as you can see, I cannot block the user. At most, all I can do is revert the edits and protect articles. Since Seth Cooper is barely responding to his talkpage posts, I may message Wikia to help out, since I'm getting nowhere with the local sysops here (they barely edit and don't seem receptive to talkpage posts (not all though)). --Sajuuk 12:02, April 30, 2016 (UTC)

Retrieved from "https://harrypotter.fandom.com/wiki/User_talk:Jiskran?oldid=968613"
Community content is available under CC-BY-SA unless otherwise noted.