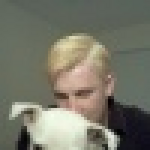 warm regards and farewell. (ps if anyone can advise on how I delete my user account from wikia would appreciate that) Lord.j.castrianni 19:19, May 14, 2011 (UTC)

Thank you for providing this information, Johnpaul. I'm sure we will now be able to validate your claim. Whether or not the article about you is deleted is another matter, and will likely be the subject of further debate. Unfortunately it is not possible to delete wiki accounts, but you can request an administrator to ban you if you wish, so that your account can no longer be used. Just out of curiosity may I ask how you and Atredies know each other? Jayden Matthews 19:30, May 14, 2011 (UTC)

Thank you Jayden I am grateful that i can come on here without being upset and all the other silliness thats been happening. I have overreacted at times i completly agree but i felt pushed and feel it was not in the best interest to keep being that way. I would only imagine i know atredies when i worked at epcot in 2008 but i dont know them because they wont say which is perfectly acceptable they are more than welcome to remain anonymous I hold no issues with them anymore and hope they can do the same in time. all i know is they live in liverpool Great Britain. close to where i once lived before moving to the United states where i have lived with my boyfriend of 3 years (well been together 3 years but lived together for 2 years). anyway distracting the from the point but I hope you jayden can accept my apologies for giving any reason to dount me or for not defending myself correctly. and my apologies to everyone else. Anyway I have spoken directly with Wikia support about removing myself and the user created pages about myself and hope one day in the future I can return here free to contribute to this amazing site. Lord.j.castrianni 19:41, May 14, 2011 (UTC)

yes of course I was one of the death eaters over little whinging it was mostly green screen set, and I was involved in the scenes which didnt make it into the movie or deleted scenes but i believe you can see them in stills and in the original trailer where we death eaters are standing outside grimauld place. part of the reason i didnt resume a bigger role was due to ministry scenes that involved yaxley where the last of all the filming to be done with the exception of touch up scenes and the 9 and 3/4 scene re dos. and because i left britain to live and work in the US even with my boyfriend telling me to go back and film I just remained as a happily paid extra in the movies. Lord.j.castrianni 20:17, May 14, 2011 (UTC)

Retrieved from "https://harrypotter.fandom.com/wiki/User_talk:Lord.j.castrianni?oldid=948964"
*Disclosure: Some of the links above are affiliate links, meaning, at no additional cost to you, Fandom will earn a commission if you click through and make a purchase. Community content is available under CC-BY-SA unless otherwise noted.