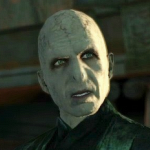 Sorry about not replying sooner. We had a death in the family a couple of weeks ago, and since then I've only been on periodically to check for vandalism.

I see you've already created some articles for the GBA games. I don't see a problem with it, although I'll probably move them to sub-pages of the main video game articles. If you want to create articles for the console versions as well, that should be okay, although it should only be necessary if the different console versions are fundamentally different. (Like between the Game Boy and Playstation versions. If the Playstation and XBox versions are essentially the same game, they don't need to be separate from each other.)

You can add interwiki links to articles on foreign wikis at the bottom of any article. If you want to add a link to a page that's protected, let me know and I'll add it for you.

The instructions for creating a custom signature can be found here.

I may have misunderstood part of your earlier question. When you asked about creating articles for the game consoles, I thought you were referring to making articles for the console versions of the video games (like you had done for the GBA versions). The only articles we use for the actual gaming consoles are those that have appeared or been mentioned in the series itself (like the Game Boy and PlayStation). I apologize if this caused any confusion. - Nick O'Demus 22:17, April 27, 2015 (UTC)

Hi! I have deleted you profile and talk page because it has been vandalized. — Pio387

Hello, there. I removed that image of Lucius Malfoy from the article, since it was low-resolution, and there are plenty of other good pictures that can take its place. Note that, as a general rule, we tend to have images from the films in the main bodies of articles (they are usually better quality, and are, of course, less cartoonish) unless that is impossible or impracticable, with images depicting video game depictions in the "Behind the scenes" section (that section is written in an out-of-universe point of view, and that allows us to speak of video game depictions). About Sugarplum: There's no rule that images in infobox templates must be 250px. Good sense tells us that if an image is very pixellated, or if it is very small, it is preferable to keep it at a smaller size than to stretch it out beyond what's reasonable.

Now that I am talking to you, I feel that I should bring two things to your attention: first, that you should keep in mind that, when adding images to articles, you should follow the layout guide (i.e., add a description; add the "thumb" parameter; avoid placing images in the middle of paragraphs); second, and perhaps most important: whenever uploading new pictures, you should keep in mind that the Image policy says you must properly use the {{Information}} template. I would please ask you to go through the images you uploaded, and make sure they have that template properly filled-in and that they are properly categorised (tell me if you need any help!). Thank you! --  Seth Cooper  owl post! 03:03, May 10, 2015 (UTC)

Sorry, I don't seem to understand what's the issue you're having. Are you trying to tell me that you're having trouble selecting a license template? You seem to be uploading mostly video game screenshots: {{Screenshot}} is your friend. Just spell "{{Screenshot}}" following the "|licensing=" field of the Information template. --  Seth Cooper  owl post! 22:51, May 10, 2015 (UTC)

Right, that's not the upload took I normally use, hence the confusion! It's alright: simply copy the code off of the {{Information}} template and paste it (then fill it in with the appropriate info) onto the image page once you've uploaded it.
May I suggest you use Special:Upload? Personally, I think it's simpler that way. --  Seth Cooper  owl post! 21:54, May 11, 2015 (UTC)

That's great! Bear in mind, though, that the {{Information}} template code must be properly filled-in, like this (the fields in bold have to be filled-in properly, the rest are optional and, sometimes, not applicable):

Great, just make sure you remember! Also, when uploading new images, keep in mind that giving images descriptive names makes them easier to use: it's better to have a picture titled "Harry - Order of the Phoenix game GBA" or something among those lines, than one titled "Screenshot 251" -- makes pictures more manageable! Thanks! --  Seth Cooper  owl post! 20:12, May 16, 2015 (UTC)

I really must urge you to see through the recommendations I made. The bulk of the pictures you uploaded is enormous, and the work just gets harder to do if you let the images pile up. Thank you, --  Seth Cooper  owl post! 18:45, May 23, 2015 (UTC)

I've seen those. The {{Information}} template is not properly filled-in in any I've seen, and the images are not categorised. And you still are giving pictures non-descriptive filenames -- filenames should be clear and descriptive, without being excessively long (while the image name doesn't matter much to the reader, it is helpful to other contributors and for maintenance of the wiki if images have descriptive filenames.) Thanks! --  Seth Cooper  owl post! 19:13, May 23, 2015 (UTC)

Hello. I've actually already given the heads-up to Misskatniss1546 about that. She hasn't really uploaded anything since I gave her the warning (that being said, the -- lots and lots -- of images she uploaded before are still in need to be properly organised, as you say yourself).

In my defence, I have to say that those two pictures you say I didn't format correctly were uploaded in 2009, before we set up the current Image policy and started using the Information template. --  Seth Cooper  owl post! 13:50, June 9, 2015 (UTC)

Sorry,I can not afford Contributions Harry Potter Wiki much like you. Please sympathy Nguonnhanluc853 13:26 July 1, 2015

That is You may Make Photo Unidentified resting headmaster Dimensions 500 x 500 without quality Loss get not. I can not do get then go to Headmaster, add photo into that align="center" 100 px get not? Nguonnhanluc853 10:22 July 2, 2015

Rodolphus has sabotaged in Porpentina Scamander(fl 1920-1991) has adding without have proof at all, he clearly is presenting disruptive behaviour. please talk to Administrators to handle Rodolphus thank you .Nguonnhanluc853 10:25 July 3, 2015

Want to do image without losing quality

If you want to resize or change your edited image color, then use Paint.net windows Nguonnhanluc853 04:03 July 6, 2015

The pages with (video game) parenthesis are not about the computer versions of games. They contain an overview on the game for all platforms in general. So, no point in nominate the pages I've had so much work to create for deletion. - Esbonl (talk) 11:02, July 24, 2015 (UTC)

Father and mother James Potter's is who ?

Retrieved from "https://harrypotter.fandom.com/wiki/User_talk:Lord_V%C3%B3ldemort?oldid=959937"
Community content is available under CC-BY-SA unless otherwise noted.