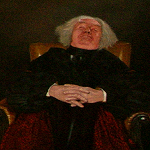 Hello! Thanks for your contributions to the Harry Potter Wiki. However, I'd like to advise that statements put on articles on the wiki need to be properly sourced. Your edits related to the Fantastic Beasts film do need some sort of citation - if you have a source but are unsure how to input it into the article, I can provide instructions or do so for you. Without a source of some sort, however, the information unfortunately cannot be included here. If you have any questions, comments or concerns, please leave a message on my talk page (linked in my signature). --Hunnie Bunn (talk) 13:48, May 19, 2015 (UTC)

Hoppy, Milly, and Mauler, have in to Fantastic Beasts and Where to Find Them not (film)

If you wish to continue to add to Hoppy, Milly, and Mauler, please make sure you've read and understood what the previous two posters have written on your own talk page. DresdenFilesReader 14:00, June 12, 2015 (UTC)

Your change to the page Headmaster was determined to be unhelpful and has been reverted or removed. Please use the sandbox for any tests you want to do. Take a look at the welcome page if you would like to learn more about contributing to our encyclopedia. Thanks. --  Seth Cooper  owl post! 15:24, June 29, 2015 (UTC)

Why do not you want edit the Vietnam Harry Potter Wiki? You create a lot of articles out there and get the right bureaucrat.  Lord Vóldemort 15:16, July 1, 2015 (UTC)

Rodolphus for several years actively edit the Wiki. He really made a lot of useful. Lord Vóldemort 12:01, July 3, 2015 (UTC)

RE: Want to do image without losing quality

RE: Father and mother James Potter's is who?

wizards *are* humans, for your information. There is no need to label Credence twice the same. DresdenFilesReader 13:30, August 24, 2015 (UTC)

I'd wager that is just another portrait of Antonia Creaseworthy. Different portraits, with the same subject. --  Seth Cooper  owl post! 03:23, October 26, 2015 (UTC)

Hello, I am aware that as of 28th October 2015, you edited my user page, changing boggart from 'Dementor' to 'Lion'. I would appreaciate it if you would not edit my page again without my permission, unless correcting errors. Thanks.

What's that supposed to mean, tell Seth Cooper about me? Have I broken any rules by adding the leadership point in Armando Dippet's list of skills? He might not have been considered the greatest Headmaster in history like Dumbledore, but he was put on a chocolate frog card mentioning his tenure, so I take it he wasn't incompetent either. Ninclow (talk) 17:12, November 26, 2015 (UTC)

Nice of you to add that photo! Coincidentally, I love sleeping and eating apples. User:Fructosejerv0412

Retrieved from "https://harrypotter.fandom.com/wiki/User_talk:Nguonnhanluc853?oldid=941626"
*Disclosure: Some of the links above are affiliate links, meaning, at no additional cost to you, Fandom will earn a commission if you click through and make a purchase. Community content is available under CC-BY-SA unless otherwise noted.