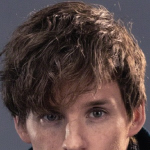 Hi there. Just wanted to let you know that refs come immediately after the info they are referencing and should not be placed on a separate line as you keep trying to do on the Cruciatus Curse page. Thanks --Ironyak1 (talk) 02:21, June 14, 2019 (UTC)

Your edit is doing much more than simply adjusting a quote mark, intended or not. I would suggest you be sure to use the Source editor as the VisualEditor can lead to many issues, including deleting whole sections of long articles and to review your changes where you can see all the actual changes being made to the article. I also would remind you that a civil tone is required when interacting with all users or your account may be blocked or banned. Thanks --Ironyak1 (talk) 02:32, June 14, 2019 (UTC)

I would strongly suggest you look at how to review changes for an article and refrain from using all caps, as that is considered shouting. If you cannot remain civil when discussing edits then you will not be able to edit here. Thanks --Ironyak1 (talk) 02:40, June 14, 2019 (UTC)

When you look at review changes if you scroll down through the page you will see all the adjustments being made to the article. If there are no changes to the text then it will not be shown so the fact that you have to scroll down means there are many changes to review. In this case, there are some white space changes, including adding a breakline before many refs. Please take a look to help you understand what the summary is showing to make sure to avoid this problem in the future. Thanks --Ironyak1 (talk) 02:52, June 14, 2019 (UTC)

Having now resolved Cassius Warrington's likely birthdate, can you please correct the substantial edits you made to this article made in the belief that he had to have repeated a grade. Thanks --Ironyak1 (talk) 00:49, June 26, 2019 (UTC)

Parents who have green and brown eyes can produce a child that has blue eyes. So unless you know the eye colour of every single person in their family tree, and their genetic history (if they have recessive / dominant genes), you have no idea what eye colour Lily and James II have. Suffice to say, they could have brown or blue eyes. - Kates39 (talk) 16:23, August 19, 2019 (UTC)

Hey there, I think your edits regarding the determining of eye colours of Lily and Albus Potter is too speculative. In terms of eye colour and other physical characteristics, a textual reference clearly stating the eye colour is needed, as for we all know, their irises could be any colour. Kind regards. - User:RedWizard98

Well thank you for replying, but I do disagree still, and so do others, as their eye colour is still unproven and unclear, so we cannot know the answer. You also should never leave threats towards other users on your editorial summaries, that you will have opponents "silenced", as using this unpleasant tone of language can have serious consequences. - User:RedWizard98

Do not try and be cheeky with me, as it will not work. The issue is finished now so perhaps time to move on. - User:RedWizard98

Engaging in edit warring and threatening to have other users silenced is not acceptable. Your account has been blocked for a week. If this behavior continues, further blocks may be much longer or your account may be permanently banned. --Ironyak1 (talk) 17:02, August 19, 2019 (UTC)

I was in the middle of contacting Kates39 to deal with it ourselves - thanks for stopping that from occurring. I'd also like it noted that this page proves me right. While a green and brown eyed couple can produce a blue eyed child - Ron came from Molly (brown) and Arthur (green), blue is recessive and only Albus has green, so James Sirius and Lily have to have brown eyes. I have literal BIOLOGICAL GENETIC science behind me in my assertion. --ProfessorMcDumbles (talk) 17:06, August 19, 2019 (UTC)

If you want to know the genetics involved, here is a more complete explanation. Regardless, Rowling is not bound to follow such rules in her writing and you cannot use such real-world information to dictate what she does in her world. Furthermore, the tone you take with others is completely not acceptable and will result in your account being banned if it continues as you probably know already. --Ironyak1 (talk) 17:17, August 19, 2019 (UTC)

First of all, that pages just proves me right - like so -

As I have just proven above, I was, in all actuality, right. The only reason we got to this situation is because Kates39 and Xanderen refused to accept the biological scientific fact of it. But, in future, I will hold my tongue with them. --ProfessorMcDumbles (talk) 17:29, August 19, 2019 (UTC)

You are still not listening - you cannot use real-world info to dictate what Rowling does in her world. She could have two blue-eyed characters having kids with Brown eyes or anything else she wants. And this situation is caused by you threatening other users, not by their actions. --Ironyak1 (talk) 17:34, August 19, 2019 (UTC)

I never said it was - all I merely stated is that J.K. Rowling has followed this before (see Ron; he's blue eyed, per recessive gene, but his parents are brown and green, which is averted with Ginny as the gene is recessive) - but we got to this by Kates39 and Xanderen (if I'm spelling that wrong, I apologise!) constantly removing the edits instead of altering it and putting a (possibly) on the end and using the science thing to back it up.

While you are here, I was wondering - you mentioned on a page (I can't remember which; too may tabs open) that " ProfessorMcDumbles is not Ninclow/Maester Martin but a CheckUser has been requested and based on the result, he may also be permanently banned". Have you had the results? Am I permanently banned? That would be a nice thing to be informed about, you know?--ProfessorMcDumbles (talk) 17:38, August 19, 2019 (UTC)

You can see you current ban length on Your Contributions page as you should already know. The CheckUser process has been requested - once FANDOM sends back the results appropriate actions will be taken then. Regardless, you're still not listening about your editing behavior so further blocks and bans seem likely. --Ironyak1 (talk) 17:52, August 19, 2019 (UTC)

Unlikely - next time, I'll take to Discord and shout at someone there instead, rather than on here, so I doubt future bans will be necessary; better?. How long does a CheckUser process take anyway? I've never had to have it done before (or had to do it before on wikis I am an admin on!) As for checking in contributions, I actually didn't know that. Thanks for informing me I can check there!--ProfessorMcDumbles (talk) 17:55, August 19, 2019 (UTC)

It looks like this check only took a couple hours and confirmed this account as a Sock-Puppet of HarryPotterRules1 as long suspected. This account is now also banned. --Ironyak1 (talk) 19:03, August 19, 2019 (UTC)

The reason Maester Martin and I edit at different times is because they live in Sweden which has a time difference to mine, here in Britain, where it is currently 18:04pm to the currently 19:04pm in Sweden. All we do is merely chat on Discord. Whatever else has happened, I would like that noted. I did not appreciate that accusation from you and Xanderen. --ProfessorMcDumbles (talk) 17:08, August 19, 2019 (UTC)

I no longer wish to engage in this argument any further than this, hence why I contacted an admin and why I asked for a check. I just want these things resolved. Like I told Ironyak, I have no ill intention. I could be wrong. If you are not the same person, then a check will clear your name. I hope in the future, should you come back, things will improve not just for you and us, but with other editors and we can work together better. - Kates39 (talk) 17:23, August 19, 2019 (UTC)

Well, I've just proven my argument correct over the whole eye colour thing to Ironyak - using the same website they tried to prove me wrong with, mind you (see above; it's the bottom of the previous section, if you're interested in being proven wrong!) - and, in a week, I shall be back. I, too, hope we can, in future, work together. --ProfessorMcDumbles (talk) 17:31, August 19, 2019 (UTC)

If you're not a sockpuppet then I'll be the first to apologize. Either way, the CheckUser has been requested so we'll find out soon enough. -

As confirmed on Ironyak's page (under "intervention") I am not a sock puppet of Ninclow/Maester Martin. I'll take that apology now, thanks? --ProfessorMcDumbles (talk) 17:45, August 19, 2019 (UTC)

Retrieved from "https://harrypotter.fandom.com/wiki/User_talk:ProfessorMcDumbles?oldid=1255486"
Community content is available under CC-BY-SA unless otherwise noted.