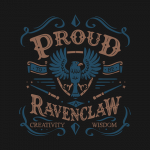 Sorry for taking so long to reply, I have been busy. I've edited the tables at Gryffindor, Hufflepuff, Ravenclaw, and Slytherin, but I'm not sure I like the look of it very much; I think it clashes with the rest of the page a bit, you see for yourself. --  Seth Cooper  owl post! 18:38, December 9, 2018 (UTC)

RE:Pages in need of deletion

The songs are sung in The Wizarding World of Harry Potter during Christmas. The image comes from the film adaptation of Harry Potter and the Order of the Phoenix --  Seth Cooper  owl post! 18:25, December 17, 2018 (UTC)

"I am surprised and quite offended that you wiped out my edits that I spent an hour and 30 minutes doing."
—RainbowBubbles3

↑ Have you stopped and think about, every other edits, were done by people likely spending as much time as you did to make those edits? You are not the only one, so please, don't use that as a reason for your argument. I totally respect that you're upset over this, but every change you make, easily could also be undoing other people's hours of work. If everyone on HPW is fighting over which revision to be kept because of this, and not because which one display the info more efficiently or accurately, nothing would be done, and people have learned to not take it personally, because it usually never is.

"Hvae you not realised how messy the separate 90's table looks?"
—RainbowBubbles3

↑ This is your personal opinion, and I respect that, I just don't agree with you. If you think it is messy, propose it at its talk page to see what the community thinks. The only reason Hufflepuff is currently the only one like that, is because that was the first House page I came across noticing the redundancy of its formatting, doesn't mean the same wouldn't be applied to the 3 other Houses. I just have something else to do.

I picked up your newer edit, because, as stated in my edit summery, it wiped out a bunch of links, Tamsin Applebee, Patrick Bagby, Martin Beccles so on and so forth, all became link-less after your edit. You can once again try to say "Not [your] fault", and I truly believe any errors would not be intentional on your part, but it doesn't mean it didn't happen, as shown clearly in the edit history.

You might want to read Harry Potter Wiki:No personal attacks, you are not being attacked, yet this is the second time you are coming to me when "you don't get your way"; HPW is a community, with people other than yourself having the exact right as you do to edit as they see fit. You can try to say I'm doing the same thing I'm describing, but the difference is that I'm not angry or upset, and I don't write in a tone that some can conceive as accusatory, demanding my edits are law. --Sammm✦✧(talk) 17:22, March 29, 2019 (UTC)

I would remind everyone to remain civil while discussing these changes. The previous edit to recombine the tables broke many links and lost a variety of information. However, I agree that having the 90's info in a separate table is arbitrary and inconsistent. I suggest that we move all the students back into a single table, but keep all the links and formatting. I am happy to do this work if that helps. Cheers --Ironyak1 (talk) 17:57, March 29, 2019 (UTC)

My guess is that these edits are taking so long is because you are using the VisualEditor which doesn't work well with large or complex tables. It's much easier to just cut and paste the information via the Source editor. While adding all the individuals into the tables is appreciated, there is no need to take any subsequent edits so personally - it was just a reorganization of the information, not a removal or deletion. If you need to take a break in order to gain some composure, please do so. Thanks --Ironyak1 (talk) 20:13, March 29, 2019 (UTC)

Retrieved from "https://harrypotter.fandom.com/wiki/User_talk:RainbowBubbles3?oldid=1269103"
*Disclosure: Some of the links above are affiliate links, meaning, at no additional cost to you, Fandom will earn a commission if you click through and make a purchase. Community content is available under CC-BY-SA unless otherwise noted.