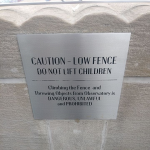 I am trying to stay away from canon debates since most of my quotes are on the dying computer and it takes 4 hours to e-mail myself the quotes so that I can respond to something using the net book. But to have small corrections to improve the accuracy of the article be labeled speculation made the frustrating 4 hours worth my while just to set the record straight.

RE: "She wore yellow robes, at her father's insistence, ..."

That is not speculation, that is a straight fact. In fact, the yellow robes are significant because they represent the very first time that Luna acknowledges that her father may not be right about something. Luna had told her father than most people would probably be wearing dress robes but he insisted that they wear yellow robes instead. Luna is a decent person and she is not apt to do anything to sabotage a marriage - even with her doubts.

RE: " At one point, while under the influence of gnome venom, Luna started dancing by herself, ..." If this is speculation, it was Harry's and not mine.

Luna is bitten, Xenos spouts out a theory about the gnome saliva being mind altering and then, when Luna is dancing, Harry says that she is trying to get rid of wrackspurt - because he recognised the symptoms. What are the symptoms of wrackspurt - your brain going fuzzy. In Harry's opinion, Luna was starting to feel brain fog and was trying to regain her alertness - this after being exposed to a substance that is theorised to affect the brain. The effects of Gnome saliva were not as pleasant as Luna's father lead her to believe that they would be.

Luna looks up to her father, like Harry looked up to James and refused to believe anything bad about him before he saw Snape's memory. Luna looks up to her father so much that she cannot entertain that he may be mistaken about his theories and defends him fiercely even at the cost of her own popularity. The theories she shares are her father's theories. The significance of the Luna scenes at the wedding was not comic relief but to not only to have doubts about her father always being right but sharing her doubts with a friend - something she had not done previously. Luna's future career is based, not on the belief that her father is always wrong, but the loss of certainty that he was always right - she wanted to see for herself whether these creatures actually existed or not. Ok, her father being at the wedding was important to the plot because of the symbol he was wearing and Luna had to be there too for him to be there, but the Luna scenes are still designed to explain Luna's future life choices. (Vaudree (talk) 09:23, December 16, 2015 (UTC))

I sincerely apologize that you had to trouble yourself to explain your position. (I've been there as far as the "dying/crappy computer makes everything difficult" situation, and it sucks!) I reverted your edit because, as I'd reread the book not too long ago, I didn't recall the information you added, and thought you were speculating. Clearly, I was wrong XD I should have checked my facts before making that edit.
{{SUBST:User:Utter solitude/Signature}} 09:44, December 16, 2015 (UTC)

Thanks. It is a big universe - no one knows it all or ever will. It was worth it. Merry Christmas and best wishes in the new year. PS. I tend to stick up for the unpopular characters a bit. The HBP chapter 7 quote changes the context of DH chapter 8 a bit and, without it, it would be speculation. And thanks again, used to love the theorizing part of it. (Vaudree (talk) 07:11, December 19, 2015 (UTC))

Retrieved from "https://harrypotter.fandom.com/wiki/User_talk:Utter_solitude?oldid=945072"
*Disclosure: Some of the links above are affiliate links, meaning, at no additional cost to you, Fandom will earn a commission if you click through and make a purchase. Community content is available under CC-BY-SA unless otherwise noted.