This article is about the in-universe event. You may be looking for the date or the achievement in Harry Potter: Hogwarts Mystery.

A holiday celebrated by the wizarding community and the Muggle world.

"The walls were all covered with large, lurid pink flowers. Worse still, heart-shaped confetti was falling from the pale blue ceiling."
— The Great Hall decorated for Valentine's Day[src]

Valentine's Day or Saint Valentine's Day is an occasion celebrated on 14 February in both the Muggle world and the wizarding world. It is the traditional day on which people express their love for each other, particularly romantic love, by sending Valentine's cards, presenting flowers, or offering sweets.

During his years as a student at Hogwarts School of Witchcraft and Wizardry, sometime between 1976 and 1982, Gilderoy Lockhart craved the attention of his peers, and once his usual exploits failed to grant him that, he took to grander, more dramatic means of garnering attention: one such attempt was sending himself eight-hundred Valentines, causing breakfast to be cancelled due to the number of droppings and feathers in the porridge.[3]

In 1988 the Hogwarts professors taught Valentine's Day themed lessons, such as Lovebird to Love Note in Transfiguration, the Herbivicus Charm in Herbology and Amortentia in Potions. Lockhart came to visit Hogwarts on Valentine's Day that year.[4]

In 1989 the Valentine's Day Ball was held in the Great Hall. It was organised by Madam Pince, with the help of Mr Filch and several students.[5]

"Lockhart's idea of a morale-booster became clear at breakfast time on February fourteenth."
— Lockhart foists a surprise on Hogwarts[src]

Due to the second opening of the Chamber of Secrets, the atmosphere of the school was tense and gloomy. Gilderoy Lockhart, professor of Defence Against the Dark Arts at the time, decided to organise a "morale-booster" event to cheer everyone up. Being the same vain, obnoxious attention-seeker he was back then, his morale-booster on Valentine's day was equally annoying, with the Great Hall of Hogwarts School of Witchcraft and Wizardry decorated with large, lurid pink flowers.

Heart-shaped confetti was falling from the pale blue ceiling, and Lockhart was wearing lurid pink robes to match the decorations. He also hired a dozen dwarves wearing golden wings and carrying harps to make them look like cupids. All day long, the dwarves kept barging into the classes to deliver valentines, and become an annoyance to the teachers. Lockhart's over-decoration and insensitivity led the rest of the staff, as well as Ron Weasley, to be extremely disgusted with it all.[1]

Harry Potter received many valentines that year, including one from Ginny Weasley that sang:

His eyes are as green as a fresh pickled toad,
His hair is as dark as a blackboard.
I wish he was mine, he's really divine,
The hero who conquered the Dark Lord.[1]

Lockhart also received a number of valentines that year from fawning students, though Hermione refused to admit whether or not one was sent by her.[1]

Harry Potter: "Look, let's not talk about Cedric right now... let's talk about something else."
Cho Chang: "I thought, I thought you'd u-u-understand! I need to talk about it! Surely you n-need to talk about it too! I mean, you saw it happen, d-didn't you?"
Harry Potter: "Well — I have talked about it, to Ron and Hermione, but —"
Cho Chang: "Oh, you'll talk to Hermione Granger! But you won't talk to me! P-perhaps it would be best if we just... just p-paid and you went and met up with Hermione G-Granger, like you obviously want to!"
— Harry and Cho on their date[src]

Harry Potter and Cho Chang shared their first (and only) kiss in December of 1995, and went on their first (and only) date on Valentine's Day in 1996 in Hogsmeade; Harry had great difficulty in picking up the courage to ask her out during the first day back from the Christmas holidays. Pansy Parkinson spotted them, nastily shouting to Cho: "I don't think much of your taste...at least Diggory was good-looking!", causing an awkward silence for the couple and Cho to look at her own feet in embarrassment.

Harry and Cho also saw large posters with ten pictures of Death Eaters who had escaped Azkaban, including Bellatrix Lestrange, pasted all over the shop windows. Cho noted that when Sirius Black had escaped Azkaban in 1993, there were a hundred Dementors patrolling Hogsmeade and Hogwarts, but not a single one was present despite the escape of ten Death Eaters, something Harry did not complain about.[2]

Later, the two decided to drink coffee in Madam Puddifoot's Tea Shop, where there a number of golden cherubs that were hovering over each of the small, circular tables, occasionally throwing pink confetti over the occupants. Harry was reminded unpleasantly of Dolores Umbridge’s office. The tea shop was full of nothing but couples, all of them holding hands, including Roger Davies and his girlfriend.

The sight sight of Roger and his girlfriend made Harry feel uncomfortable at the thought of Cho expecting him to hold her hand. As Davies and his girlfriend kissed over their sugar bowl, Cho looked at them as though setting a standard that she expected Harry to live up to, causing him even more discomfort. It was inside here that Harry's date went nightmarishly wrong.[2]

The two soon got into an argument, after Harry told Cho that he was going to meet his friend Hermione Granger afterwards, and asked if she wanted to accompany him. Jealousy stemming from misunderstanding, due to how Harry worded it, Cho tried to gauge Harry's feelings for her by mentioning that Roger had asked her out, but she had turned him down. This just bewildered Harry, who was inexperienced with girls.

Cho then asked him about Cedric Diggory, her former boyfriend whose death Harry had witnessed the previous year, and grew increasingly upset when Harry refused to talk about it, ending up in tears and leaving Harry confused, and by then the whole cafe was watching him. As Harry chased after Cho, she already disappeared from the street, and he gave up from the rainy street and anger at Cho's attitude; this would be the first step towards the end of their relationship.[2]

Harry then went to meet Hermione, whom he was surprised to find sitting with Luna Lovegood and Rita Skeeter in the Three Broomsticks. Hermione arranged for Skeeter to interview him so as to get his account of Lord Voldemort's return out to the public, since the Ministry of Magic was branding him a liar or a nutter in the Daily Prophet. The interview was subsequently published in The Quibbler.[2] Dolores Umbridge banned it at Hogwarts, which only made it even more popular, becoming the best-selling issue of The Quibbler ever.[6]

Often, cards were exchanged on this day to show affection. They came in many different shapes and sizes and were given in both the Muggle and wizarding world.[1] 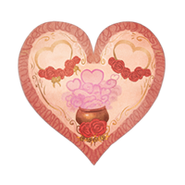 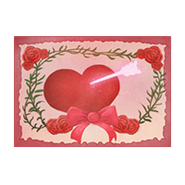 Deutsch Español Français Polski Русский 中文
*Disclosure: Some of the links above are affiliate links, meaning, at no additional cost to you, Fandom will earn a commission if you click through and make a purchase. Community content is available under CC-BY-SA unless otherwise noted.
Advertisement