Harry Potter Wiki
Register
Don't have an account?
Sign In
Advertisement
in: Charms, Conjurations, Spells with a light,
and 6 more
English

"The Water-Making Spell conjures clean, drinkable water from the end of the wand."
— Book of Spells[src]

The Water-Making Spell,[3] also known as the Aguamenti Charm[2] (Aguamenti) was a charm that conjured a jet of clean, drinkable water from the tip of the caster's wand. This spell, in addition to being a charm, can also be classified as conjuration, an advanced form of Transfiguration.[1]

It is unknown when this charm was invented. The wand movement for this spell was a smooth wave movement from right to left.[1] The Water-Making spell also appeared to be the opposite of the Fire-Making Spell, which was used to conjure flames instead.

This spell was taught at N.E.W.T.-level in Charms class at Hogwarts School of Witchcraft and Wizardry, to sixth-years.[2][4][5] It is also possible that this charm was found in the The Standard Book of Spells series by Miranda Goshawk.

Depending on the caster's concentration and intentions, this charm can be anything from a simple jet of water to a wave. It was taught to sixth year students at Hogwarts School of Witchcraft and Wizardry in Charms class.[2][4][5] The spell's incantation was Aguamenti.[6]

This spell was useless against Fiendfyre, a spell that conjured cursed flames, as the water conjured from this spell would instantly evaporate on contact with the dark fire.[7]

"A jet of water flew out of the umbrella tip. Harry raised his wand arm, which felt like lead, and murmured “Aguamenti” too: Together, he and Hagrid poured water on the house until the last flame was extinguished."
— Hagrid and Harry Potter using the spell to extinguish's Hagrid's burning hut[src] 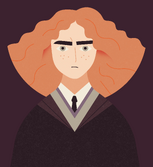 In both Spanish and Portuguese, "agua"/"água" means "water" and "mente" (also in Italian) means "mind"; these derive from the Latin terms "aqua" ("water") and "mens" ("mind"), the latter's singular dative case rendered as "menti" ("to the mind" or "for the mind"). Given J. K. Rowling's love of puns, it would also seem plausible that there might have been a hybrid of "água" and "augment", in the sense of "increase", in her mind.

The Harry Potter Wiki has 7 images related to Water-Making Spell.

Deutsch Español Suomi Français Polski Русский
*Disclosure: Some of the links above are affiliate links, meaning, at no additional cost to you, Fandom will earn a commission if you click through and make a purchase. Community content is available under CC-BY-SA unless otherwise noted.
Advertisement