Wedding of James Potter I and Lily Evans

Wedding of James Potter I and Lily Evans

"He stopped on a picture of his parents' wedding day. There was his father waving up at him, beaming, the untidy black hair Harry had inherited standing up in all directions. There was his mother, alight with happiness, arm in arm with his dad."
— Description of the bride and groom[src]

The wedding of James Potter I and Lily Evans took place sometime between the summer of 1978 and the autumn of 1979.[1] Their close friend Sirius Black served as best man. It was a quiet ceremony because of the dangers of the First Wizarding War. One result of this union came in the form of the couple's only child, Harry Potter.

Their marriage only lasted a short three years, before the couple was murdered by Lord Voldemort.[2]

James's and Lily's relationship was initially a rocky one. While James was a popular student and talented Quidditch player, well-liked by most, Lily was unimpressed with him. This had to do with James' hostile relationship with her best friend, Severus Snape and because of James' bad habit of hexing innocent students just for the fun of it.

James had developed romantic feelings for Lily, by at least their fifth year. James was even seen doodling her initials on a piece of paper during his Theory of Charms O.W.L. exam.[3] He was always going out of his way to try to impress her, yet she still regarded him as an arrogant bully, treating him with absolute disdain.

By James' and Lily's seventh year, James had lost the less savoury aspects of his personality. He was even appointed Head Boy, despite the fact that he had not been a prefect. He also finally managed to impress Lily and the two began dating at this time. Lily even took James to her sister Petunia's wedding, as her date in 1977. After graduation, at only eighteen years old, James asked Lily to marry him and she accepted.

The two had a quiet wedding, as this was during the height of the First Wizarding War. Lily's older sister Petunia did not attend, for she was highly against Lily being a witch and marrying a wizard. It is highly likely that Remus Lupin and Peter Pettigrew attended, as they were best friends of James. Both James’ parents, Fleamont and Euphemia Potter attended the wedding[4]; it is unknown as to whether either of Lily's parents attended as well.

Following their marriage James and Lily moved to Godric's Hollow. At some point they personally defied Lord Voldemort three times. Sometime in the fall of 1979 Lily became pregnant and on 31 July, 1980 they had their only child, Harry James Potter. James and Lily made Sirius Harry's godfather.

Harry was later found to be the subject of a prophecy concerning Voldemort. A prophecy that stated that the boy chosen would have the necessary tools to defeat the Dark Lord. In response Albus Dumbledore cast the Fidelius Charm on the Potters' cottage in order to protect them. Their first secret Keeper was Sirius Black, but this was shortly changed to Peter Pettigrew after Sirius convinced them to make the change. Sirius thought that little Peter would be a less likely target for Voldemort to assume. Unfortunately this double bluff ended in tragedy.

Peter betrayed the Potters' location to Lord Voldemort out of cowardice. On the night of 31 October, 1981 Voldemort went to the Potters' cottage with the intent to murder Harry, as he believed he would be fulfilling a prophecy and eliminating his biggest threat. He murdered James and then Lily, while they attempted to protect their infant son. Harry survived Voldemort's Killing Curse, while Voldemort's powers were destroyed and his mangled soul fled the scene.

"Your mother died to save you. If there is one thing Voldemort cannot understand, it is love. He didn't realise that love as powerful as your mother's for you leaves its own mark... to have been loved so deeply, even though the person who loved us is gone, will give us some protection forever."
— Lily Potter's loving sacrifice[src]

After James' and Lily's deaths, one consequence of Lily's loving sacrifice was that her orphaned son had to be raised by her only remaining blood relative, his Muggle aunt Petunia Dursley.

While in her care Harry would be protected from Lord Voldemort, due to the Bond of Blood charm Albus Dumbledore placed upon him. This powerful charm would protect Harry until he became of age, or no longer called his aunt's house home. Harry's time with the Durselys was harsh, but necessary. 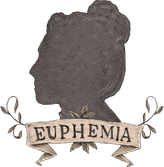 This article or section is a stub. You can help by expanding it.
Русский
*Disclosure: Some of the links above are affiliate links, meaning, at no additional cost to you, Fandom will earn a commission if you click through and make a purchase. Community content is available under CC-BY-SA unless otherwise noted.
Advertisement