"Feeling rather sick he looked up at the people seated at the bench above. There were about fifty of them, all, as far as he could see, wearing plum-coloured robes with an elaborately worked silver W on the lefthand side of the chest and all staring down their noses at him, some with very austere expressions, others looks of frank curiosity."
— Harry Potter viewing the Wizengamot in August 1995[src]

The Wizengamot was wizarding Britain's high court of law and parliament. It predated the British Ministry of Magic itself, dating back to the days of the medieval Wizards' Council. Its administrative headquarters were located in the Department of Magical Law Enforcement of the Ministry of Magic, whilst the trials took place in the dungeons of the lower levels.[2]

While courts were in session, members wore plum-coloured robes embroidered with a silver letter W.[2]

The modern Wizengamot functioned as a combination of court and parliament, serving both as the main legislative body of the Ministry of Magic, as well as its highest tribunal.[3] It was made up of around fifty members. The process for selecting members was unclear, though the Minister for Magic appeared to have some power over the final selection. Aside from the judges and the Chief Warlock, there was a Court Scribe that recorded the proceedings while the Wizengamot was in session.

The Minister for Magic, Senior Undersecretary to the Minister, and Head of the Department of Magical Law Enforcement were known to attend significant trials and hearings, but it is unknown if this was routine. A British Youth Representative, who had to be no more than 17 years old, could be present at times as well.[4] An incorrect answer on the W.O.M.B.A.T. test was that the average age of a Wizengamot member was 87 years old, this was presumably not true.[5]

During the 1989–1990 school year, veteran Auror Alastor Moody explained to Jacob's sibling that while the full Wizengamot would occasionally convene to oversee court proceedings, a vast majority of Dark Wizards were tried by the Council of Magical Law.[6]

The Wizengamot predated the British Ministry of Magic. It was in activity since, at least, 1544.[7]

In 1707, when the Ministry of Magic was established, the Wizengamot was incorporated into the newly-created Department of Magical Law Enforcement. The first Minister for Magic, Ulick Gamp, had previously been Chief Warlock of the Wizengamot.[1]

Dolores Umbridge lied to other people that her deceased father was a distinguished member of the Wizengamot. This was to cover her father's career as an unambitious janitorial worker in the Magical Maintenance Department. As nasty things tended to happen to anyone who asked Dolores about things she did not like to speak of, her father being one of them, those who wished to remain on her good side would pretend to believe her fake version of her ancestry.[8]

Albus Dumbledore held the position of Chief Warlock of the Wizengamot in the 20th century, except during the period of July 1995 to June 1996, in which he was removed from the post because of his insistence that Lord Voldemort had returned.[2] He was reinstated when the Ministry was forced to acknowledge Voldemort's return, specifically when he appeared in person at the Ministry of Magic in 1996.[9]

In the same period, two of the Wizengamot's oldest members, Griselda Marchbanks and Tiberius Ogden, resigned from the court in protest after Cornelius Fudge created the position of Hogwarts High Inquisitor to usurp control of Hogwarts from Dumbledore, and were subsequently discredited alongside him; it is unknown if they were reinstated afterwards.[10]

Trials appeared to be brief and concise. The accused could present witnesses to be questioned by the Wizengamot. A third-party with legal knowledge could speak on behalf of a defendant, fulfilling a similar role to that of a modern barrister. However, no wizarding lawyers seemed to have existed, and the practice of having a spokesperson on behalf of a defendant appeared to be rare.

Aberforth Dumbledore and the goat

Aberforth Dumbledore was once prosecuted for "using inappropriate charms on a goat".[11][12]

"In the very middle of the front row sat Cornelius Fudge, the Minister of Magic. Fudge was a portly man who often sported a lime-green bowler hat, though today he had dispensed with it; he had dispensed too with the indulgent smile he had once worn when he spoke to Harry. A broad, square-jawed witch with very short grey hair sat on Fudge’s left; she wore a monocle and looked forbidding. On Fudge’s right was another witch, but she was sitting so far back on the bench that her face was in shadow."
— Harry Potter before the Wizengamot[src]

On 12 August 1995,[13] the Wizengamot tried Harry on a charge of violating the Decree for the Reasonable Restriction of Underage Sorcery. Harry had been forced to produce a Patronus to defend himself and his cousin Dudley Dursley against two Dementors.

The time of the hearing was changed sometime the night before the trial, and although the Wizengamot sent a letter to Harry informing him of this, it was sent so close to the time of the trial that it was intended that he not receive it in time. Nonetheless, Albus Dumbledore presented Harry's defence, and Cornelius Fudge reluctantly dismissed the charges after a majority voted in favour of clearing him.[2] It was later revealed that Dolores Umbridge had sent the Dementors to attack Harry in order to silence him.[14]

Percy Weasley later sent a letter to his brother Ron referring to "the whole Wizengamot," implying that this type of trial was unusual. Smaller disciplinary hearings do not require the court's attention at all and are dealt with by a single investigator, as the original hearing was supposed to be in Amelia Bones's office, and that Dumbledore himself noted the unnatural change to press forward with a full trial on a simple case of underage magic due to Fudge's haste in law changing.

Around 7 September 1995, Sturgis Podmore stood trial for trespassing and attempted robbery at the British Ministry of Magic.[15]

Chief Warlock of the Wizengamot in 1544 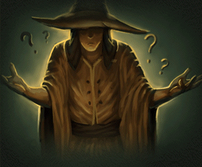 The word "Wizengamot" is a portmanteau formed with the words "wizard" and "Witenagemot." The Witenagemot was a council of powerful nobles who convened to advise and appoint kings in Anglo-Saxon England. The word derives from the Old English for "meeting of wise men" - witan, meaning "wise man" or "counsellor", and gemot, meaning "assembly". So it can be said that "Wizengamot" means "assembly of wizards".

Deutsch Français Italiano Nederlands Polski Português do Brasil Русский
*Disclosure: Some of the links above are affiliate links, meaning, at no additional cost to you, Fandom will earn a commission if you click through and make a purchase. Community content is available under CC-BY-SA unless otherwise noted.
Advertisement